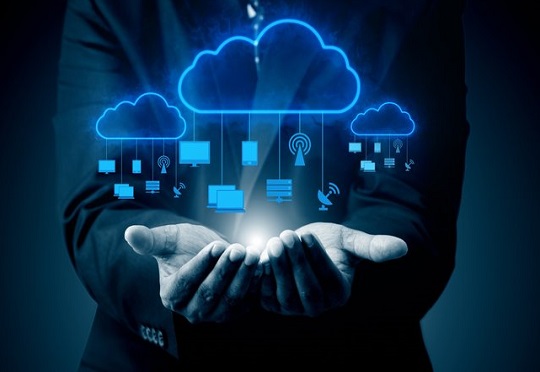 The latter half of 2022 was characterised by significant instabilities in the tech industry. E-retailer and cloud giant Amazon announced that it would cut tens of thousands of jobs, social media behemoths Twitter and Meta laid off significant percentages of their workforce, and even Microsoft saw its slowest revenue growth in five years.

“There’s chaos in the industry internationally,” says Andrew Cruise, Managing Director of Routed, a local cloud platform provider and VMware specialist. “The war in Ukraine has kicked off a period of great uncertainty that’s affected global inflation, exchange rates, and general risk appetite. This follows the boom during the early months of the pandemic, when the tech industry saw such growth that many companies made significant investments in new assets, infrastructure, and expertise. Now that growth has slowed, they’re faced with two options: sit tight and wait it out, or shrink.

When it comes to cloud, specifically, the euphoria around hyperscale cloud (from providers like Amazon, Azure, and more) has also waned, adds Benjamin Coetzer, Director at Routed. “Firstly, enterprises are realising that hyperscale cloud is better suited to development and not everyday business. Secondly, they’re starting to scrutinise their mounting bills, which have grown significantly as their cloud needs have become more complicated and sprawled.”

Interestingly, things look a bit different in Africa. Hyperscalers like Azure and AWS only started arriving in South Africa in recent years, while Google, Alibaba and BCX just announced their arrival. “It surprised me to see how many hyperscalers decided to set up shop in South Africa almost overnight, as well as how many datacentre companies and IT players have started investing in Africa as a whole,” adds Coetzer.

However, the current economic climate and insufficient infrastructure across the continent warrant some caution: “There is big demand in South Africa, there is big money in South Africa, and there is good infrastructure in South Africa. But when it comes to cloud, I always say the one non-negotiable precondition to move into enterprise cloud (or for enterprise applications to move into the cloud) is fast, reliable, cheap internet. Only fibre sufficiently provides that, and only in South Africa. In Botswana, Mozambique, Zambia, Kenya and Nigeria fibre penetration is low and it is still extremely expensive at low speeds. No-one else in sub-Saharan Africa has got the precondition for enterprise cloud to be successful. And yet, we’re still seeing demand from people. And I think the demand is misplaced for the moment,” says Cruise.

Worryingly, some hyperscale resellers aren’t giving potential clients the full story – or perhaps they aren’t aware of the conditions on the ground. “They’re delivering the same message in Africa as in the rest of the world, not understanding that Africa can’t deliver on that until local infrastructure improves. South Africa is five years behind the West, and some other countries in Africa are five, if not ten, years behind South Africa. Sure, you can eventually back up your data with an internet connection speed of five megabits per second – but what happens when you need to recover it?”

And then there are the costs to consider. “I think people are going to be surprised by the price increases from AWS, Azure, Google and the like over the next year. Experts in the West are predicting major increases – and that doesn’t even factor in the weak rand.”

Coetzer adds: “Those who don’t need the bells and whistles that developers use and opt for an enterprise cloud will now start seeing significantly more value for their money as that gap increases. Routed’s pricing, for example, has come down in the six years since the company started, while hyperscalers’ prices have kept climbing.

Cruise concludes “I’m hoping that allows people to make better decisions going forward. Many think that IT and cloud is exciting and cutting edge, but what most people really want from the cloud, really need, is for it to be boring. It has to work, all the time, no surprises. And that’s what enterprise cloud does really well. This coming year will bring more of the same, and there isn’t a problem with that.”