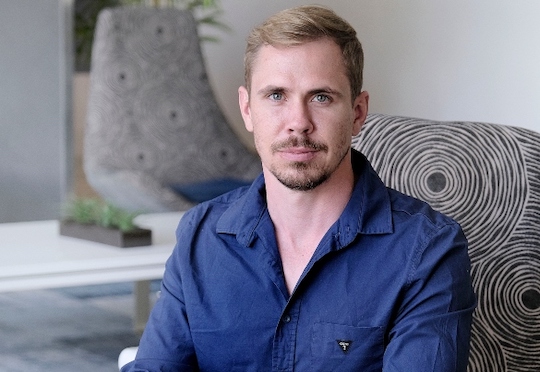 At the start of the pandemic, anything that could facilitate remote work for scattered business teams, flourished overnight. Microsoft saw two years’ worth of digital transformation in two months. Video calling company Zoom’s sales went up 370%. And communication platform Discord’s value more than doubled.

And cloud is no different. In 2020, 87% of global IT decision-makers concurred that the pandemic would accelerate the shift to cloud.

And it has, says Benjamin Coetzer, Director of Routed, a local VMware Cloud Verified and VMware Principal Partner. “This digital transformation was and still is a global phenomenon, South Africa included. We’re still seeing more spending on all kinds of IT avenues that revolve around facilitating remote work. People are moving into the cloud, getting rid of their on-premises data centres, getting remote VPN software and end-user device protection software – generally mobilising the workforce to work from anywhere.”

During the pandemic, many companies started doing more research on cloud migration and deepened their understanding of the cloud environment. “Before, the market had a superficial understanding of cloud – they’d only ever heard of cloud hyperscalers like Google and Azure and thought the cloud was only meant for developers. Now, businesses are learning about the different types of cloud, each with its own ideal use case. They’re doing more research because they were pressed to do so during the shift to remote work. They’re making smarter decisions when planning their shift to cloud,” says Coetzer.

Hyperscalers are more suited to development, while VMware cloud providers are ideal for business use cases. And moving to the right type of cloud not only means a better cloud environment, but also an easier migration, he explains. “Moving to a hyperscaler is a slow and error-prone process for a company running VMware or Hyper V on premises. But moving to VMware cloud is extremely easy. It truly becomes a lift and shift operation, taking their workloads that are running on-premises and migrating it to a cloud provider like Routed. There’s no re-platforming needed, there’s no retooling needed, there’s no retraining of IT staff or a change in IT or business processes. It’s basically like outsourcing the entire hosting function from a physical data centre to cloud.”

Previously, many people made the mistake of moving to hyperscalers when they didn’t need to. “Again, hyperscalers like AWS, Azure, Google or Alibaba Cloud are focused on development, so they use a different underlying platform. “There’s a lot of pain involved in migrating virtual workloads from a traditional hosting platform to a hyperscale provider.  It’s like trying to modify a petrol engine to run on diesel.”

When choosing the right type of cloud, migration timeframes can be drastically shortened, says Coetzer. Now that people understand the different cloud environments better, they’re making better decisions and fewer mistakes, leading to shorter migration timeframes. “One of our clients decided to let go of their physical offices and data centre in its entirety when all their employees started working from home. And they moved over to the cloud platform in a weekend. They were running Hyper V on-premises and simply shifted everything to us. It drastically reduced their spending in terms of rent, power, facilities, and more.”

For some companies, this was the main driver to move to cloud during the pandemic, he says. “Yes, cloud, is more agile, efficient, and secure, but for many it became a straight-forward budget decision. The alternative would have been to rent space for their servers at a colocation facility, but that becomes extremely costly as well. So, they skipped this step that many others are taking in their digital transformation journey – going from on-premises to colocation to cloud – and went straight to cloud, sparing time, effort, and money in the process.”

But that’s the exception to the rule, he says. For most companies moving to VMware cloud, this journey, from the first meeting to being moved in on router hosting, takes up to six months.

“Moving traditional workloads to a hyperscaler is a much lengthier process – and prone to lead to workload repatriation. A 2019 report done by 451 Research, which interviewed 12,500 companies, found that on average, 30% of workloads migrated had been repatriated within a year of moving. The main reasons for repatriating workloads included performance, cost, and data sovereignty.”

But one thing is sure – whatever cloud environment they choose, the pandemic has caused a ripple effect that’s seeing most people at least seriously considering a move to cloud. And lighter, more agile, and more efficient resource usage will be the long-term result.

Benjamin Coetzer is the Director of Routed.