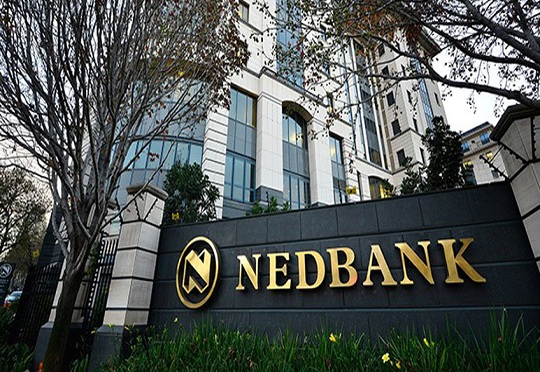 Nutanix, a player in private cloud, hybrid and multicloud computing, has announced that Nedbank, one of Africa’s largest financial institutions, is leveraging the Nutanix cloud platform to improve and facilitate the rapid delivery of its virtual desktop infrastructure (VDI) during the COVID-19 pandemic, enabling employees to work from home.

To ensure that the banking industry was able to provide its services and meet customer needs, Nedbank had to find a way for employees to work safely and productively from home.

When the initial COVID-19 lockdown stages were introduced, South African companies were forced to mobilize quickly with only a one-week period for preparation before a complete country lockdown. With approximately 30,000 employees serving more than 10 million clients, Nedbank needed to quickly scale its end-user computing systems to continue serving customers. With Nutanix already implemented, the IT team was able to seamlessly and rapidly extend its VDI solution.

“During the sudden switch to a work-from-home requirement because of the pandemic, we did not have to increase our infrastructure but rather optimize the way VDI is delivered to new users on the same platform,” said Johan van Tonder, End User Computing Senior Innovation Manager at Nedbank. “Using Nutanix, we can now maintain and upgrade mission-critical infrastructure during business hours without impacting any of our operations as well as enable employees to work from anywhere.”

Prior to deploying the hyperconverged infrastructure (HCI)-powered Nutanix cloud platform, Nedbank had a three-tier infrastructure that was siloed and required dedicated IT teams to solve specific problems when they arose. It would take a significant amount of time to fix or restore functional problems, which resulted in a large amount of downtime that negatively affected their customers’ experience. Nedbank knew it needed an environment that would increase performance speed and simplify infrastructure management.

In the past, the IT team would have to schedule overtime on the weekend when no users would be accessing the system to complete updates. Now, the IT team can perform firmware updates during peak office hours with minimal disruptions, if any, to the VDI environment or client systems. Additionally, Nedbank was able to simplify the management of its different clusters across separate physical locations, all from a single management console.

With more than 8,500 virtual desktops in its 160-node environment, it is crucial that Nedbank has an infrastructure in place that can enable employees to continue to work even during a pandemic.

“The method and speed at which Nedbank approached these challenges is a testament to the team’s understanding of the power of a hyperconverged infrastructure software and the downstream operational impact it can have on a business,” said Dom Poloniecki, General Manager, Sales, Western Europe and Sub-Saharan Africa at Nutanix. “Today’s clients don’t want their technology partners to approach their problems with a basket full of new technologies. They want to leverage their existing investments to find incremental value and leverage they are looking for. By leveraging its Nutanix solution, Nedbank is doing just that, stretching and truly deriving value from an existing investment.” 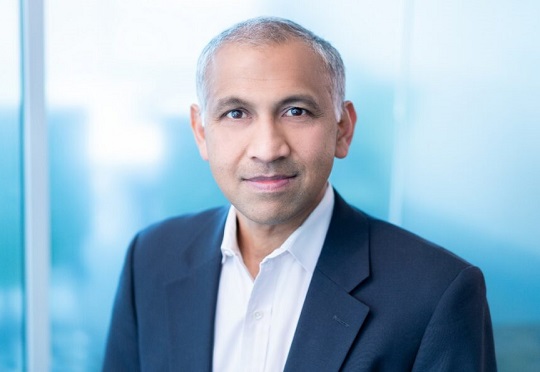 Nutanix, a player in the private cloud, hybrid, and multicloud computing, has announced that its Board of Directors has appointed Rajiv Ramaswami as President and Chief Executive Officer and as a member of the Board of Directors, effective Monday, December 14, 2020.

Ramaswami will succeed co-founder Dheeraj Pandey, who previously announced his plans to retire as CEO of Nutanix upon the appointment of a successor.

Ramaswami is a seasoned technology industry executive who has held senior executive roles at industry leaders including VMware, Broadcom, Cisco, and Nortel, after having begun his career at IBM. Ramaswami has an impressive, 30+ year track record of building and scaling businesses in cloud services, software, and network infrastructure.

In his most recent role as Chief Operating Officer, Products and Cloud Services at VMware, Ramaswami co-managed VMware’s portfolio of products and services. During his tenure, Ramaswami led several important acquisitions and was playing a key role in transitioning VMware toward a subscription and SaaS model.

“Rajiv is an accomplished leader with a track record of delivering a high-growth portfolio of products and services,” said Sohaib Abbasi, Lead Independent Director of Nutanix. “Rajiv distinguished himself among the CEO candidates with his rare combination of operational discipline, business acumen, technology vision and inclusive leadership skills.

The talented Nutanix team, under Rajiv’s leadership, is well-positioned to drive sustained growth, to improve efficiency and to advance leadership in the emerging hybrid cloud infrastructure category.”

“I’m thrilled to be joining Nutanix at this transformative time for the company and the industry,” said Ramaswami. “I have long admired Nutanix as a formidable competitor, a pioneer in hyperconverged infrastructure solutions and a leader in cloud software.

Working closely with the Board, the management team, and the more than 6,000 talented Nutanix employees around the world, we will build on Nutanix’s strong foundation of continuous innovation, collaboration and customer delight. Together, we will capitalize on the significant opportunities ahead and deliver on the company’s next phase of growth and value creation.”

“Rajiv is the right leader at the right time,” said Nutanix Co-founder Dheeraj Pandey. “With a future-proof business model, a loyal and expanding customer base, and a strong technology portfolio, I look forward to seeing Rajiv take the helm to lead this incredible team.

This is the decade to watch for a company that so values simple, secure, and seamless. On a personal note, it has been a privilege to serve our customers and partners, working closely alongside Nutanix employees.” Dheeraj Pandey will step down from the Board effective Monday, December 14, 2020, to ensure continuity through Nutanix’s upcoming Annual Meeting of Stockholders. 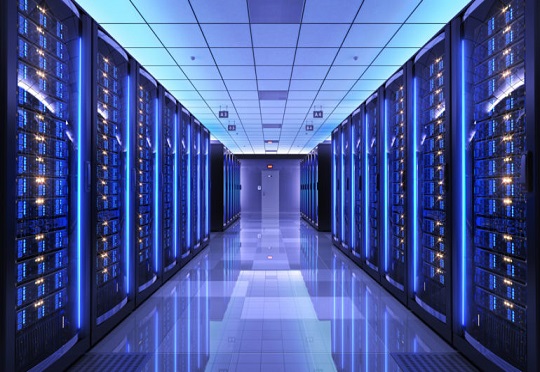 The new report found enterprises plan to aggressively shift investment to hybrid cloud architectures, with respondents reporting steady and substantial hybrid deployment plans over the next five years. The vast majority of 2019 survey respondents (85 per cent) selected hybrid cloud as their ideal IT operating model.

For the second consecutive year, Vanson Bourne conducted research on behalf of Nutanix to learn about the state of global enterprise cloud deployments and adoption plans.

The researcher surveyed 2,650 IT decision-makers in 24 countries around the world about where they’re running their business applications today, where they plan to run them in the future, what their cloud challenges are, and how their cloud initiatives stack up against other IT projects and priorities.

The 2019 respondent base spanned multiple industries, business sizes, and the following geographies: the Americas; Europe, the Middle East, and Africa (EMEA); and the Asia-Pacific (APJ) region.

This year’s report illustrated that creating and executing a cloud strategy has become a multidimensional challenge. At one time, a primary value proposition associated with the public cloud was substantial upfront capex savings.

Now, enterprises have discovered that there are other considerations when selecting the best cloud for the business as well, and that one size cloud strategy doesn’t fit all use cases. For example, while applications with unpredictable usage may be best suited to the public clouds offering elastic IT resources, workloads with more predictable characteristics can often run on-premises at a lower cost than public cloud.

Savings are also dependent on businesses’ ability to match each application to the appropriate cloud service and pricing tier, and to remain diligent about regularly reviewing service plans and fees, which change frequently.

In this ever-changing environment, flexibility is essential, and a hybrid cloud provides this choice. Other key findings from the report include:

These moves underscore, in part, enterprises’ need for hybrid cloud’s flexibility in allowing them to adapt their infrastructures based on their fluctuating requirements. App mobility is critical, and more than nine in ten (95 per cent) respondents reported that it is essential or desirable to be able to easily move applications between cloud environments.

Security remains the biggest factor impacting enterprises’ future cloud strategies. Well over half of 2019 respondents (60 per cent) said that the state of security among clouds would have the biggest influence on their cloud deployment plans going forward.

Similarly, data security and compliance represented the top variable (26 per cent) in determining where an enterprise runs a given workload.

IT professionals deem the hybrid cloud the most secure of all the IT operating models. More than a quarter of respondents (28 per cent) picked the hybrid model as the most secure — substantially surpassing those who chose a fully private cloud/on-prem model (21 per cent) and more than twice as many as those who chose traditional (non-cloud-enabled) private data centers (13 per cent). One reason for this is perhaps because enterprises can select the right cloud for their security requirements.

Many companies still fall behind when it comes to enterprise cloud adoption. However, respondents’ reported plans indicate that in one year’s time, the number of enterprises with no cloud deployments will plummet to 6.5 per cent and in two years’ time will drop by more than half to 3 per cent. Regionally, the Americas reported a slightly lower incidence of non-cloud use (21 per cent) compared to EMEA (25 per cent) and APJ (24 per cent).

“As organizations continue to grapple with complex digital transformation initiatives, flexibility and security are critical components to enable seamless and reliable cloud adoption,” said Wendy M. Pfeiffer, CIO of Nutanix. “The enterprise has progressed in its understanding and adoption of hybrid cloud, but there is still work to do when it comes to reaping all of its benefits. In the next few years, we’ll see businesses rethinking how to best utilize hybrid cloud, including hiring for hybrid computing skills and reskilling IT teams to keep up with emerging technologies.”

“Cloud computing has become an integral part of business strategy, but it has introduced several challenges along with it,” said Ashish Nadkarni, group vice president of infrastructure systems, platforms and technologies at IDC. “These include security and application performance concerns and high cost. As the 2019 Enterprise Cloud Index report demonstrates, hybrid cloud will continue to be the best option for enterprises, enabling them to securely meet modernization and agility requirements for workloads.”